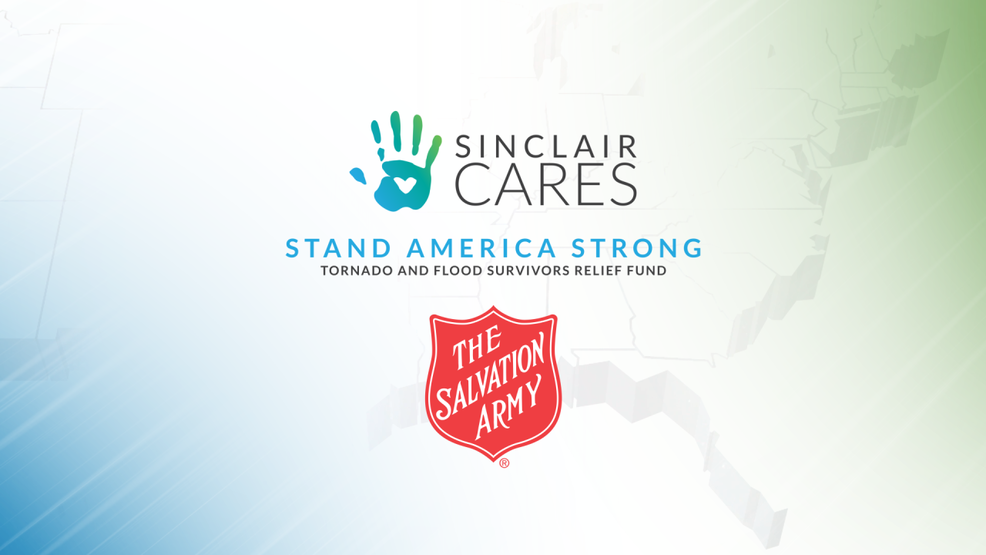 WASHINGTON (SBG) - Severe storms from Kansas to Pennsylvania led to multiple tornadoes destroying homes and causing torrential rains that led to significant flooding. That's why our parent company Sinclair Broadcast Group and The Salvation Army are teaming up to help those impacted by the storms.

According to the National Weather Service, Tuesday marked the 12th straight day that tornadoes were reported. That is the most since an 11 day stretch in 1980.

Many residents have been forced from their homes as towns begin the arduous process of rebuilding.

Sinclair Broadcast Group will partner with the Salvation Army to host a Day of Giving on Monday, June 3, to help communities affected by recent storms.

So far, $50,555 has been raised. It doesn't include the company match, which will be added at the end of the campaign.