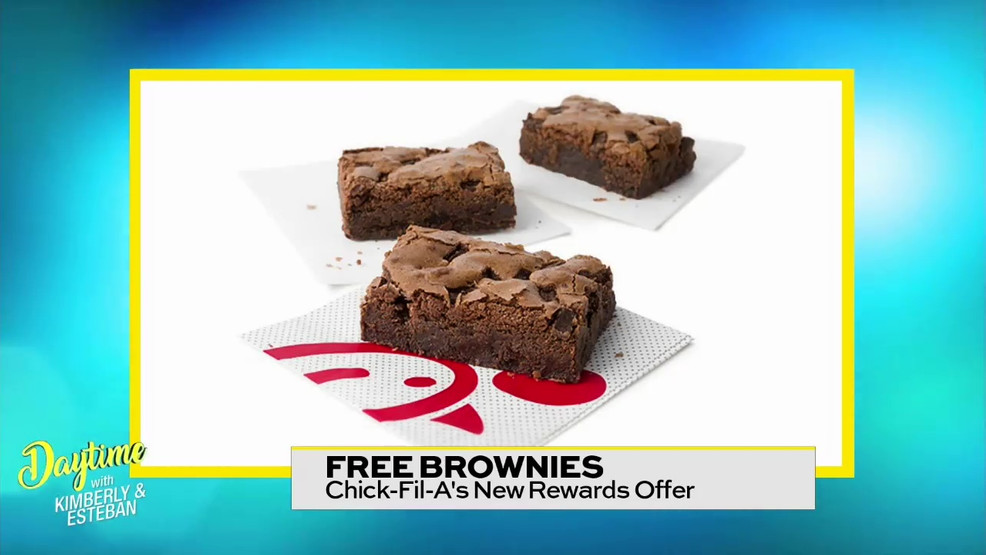 Chick-Fil-A isn't helping with our new year’s diet resolutions. They're giving away free brownies for the next two weeks. You have from now through January 23rd! Chick-Fil-A will offer one chocolate fudge brownie per chick fil account. To get one, just download their app.

Already a hit with humans, Ben and Jerry's is betting on the canines too with their new "Doggie Desserts". They're non-dairy frozen treats available in two flavors named after the dogs of employees."Pontch's mix" features peanut butter and swirls and "Rosie's batch" combines pumpkin and mini cookies. It's $2.99 for a four-ounce cup or $4.99 for a pack of four.