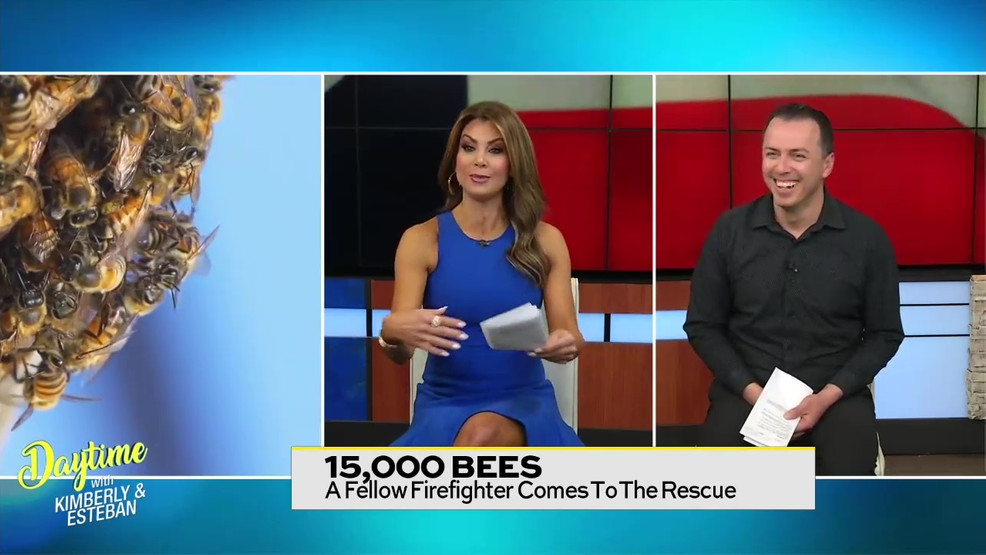 Firefighters were called to a grocery store parking lot in Las Cruces New Mexico, where a swarm of 15-thousand bees had invaded a shopper's car while they were inside. They enlisted the help of a fellow firefighter who is a bee-keeper in his spare time. He showed up with his gear, including lemongrass oil, gloves and a beekeeper suit. It took him about two hours to remove the bees and re-locate them to a property outside of town. A security guard was stung, but no major injuries were reported. For more trending stories, watch the full clip!