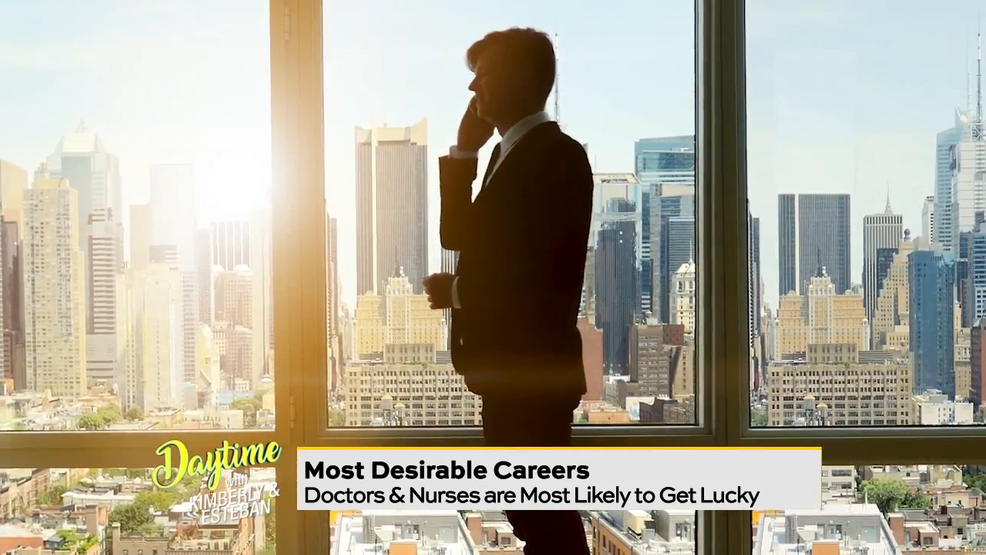 Daytime at Home | Most Desirable Careers for Dating Apps, I Want To Be Rich, & More!
SEE MORE

Daytime at Home | Most Desirable Careers for Dating Apps, I Want To Be Rich, & More!

Kimberly & Esteban are home and bringing the latest in trending topics.

Your job title could lead you to getting pretty lucky on dating apps. Certain jobs are said to make you 10,000 times hotter, and both men and women agree that lawyers are the career that floats their boat the most.

Would you give up "hanky pinky"to have the PERFECT body? Well, 1 in 3 Americans say they would, and even more shocking, most said they would also spend a week in jail in order to have the perfect body. What would you do ?

A drunk man literally drives through a police station in Wisconsin after a fight with his girlfriend and claimed that he really needed to talk to someone about the fight. The man was arrested and luckily no one was hurt.