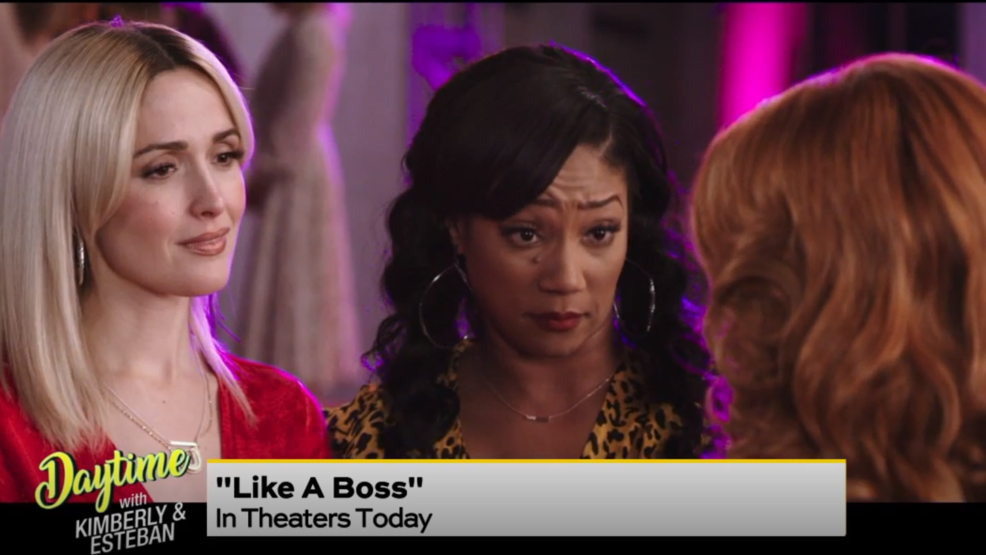 Kimberly has the latest and greatest in film news!

Best friends Mia and Mel are living their best lives running their own cosmetics company they’ve built from the ground up. Unfortunately, they’re in over their heads financially, and the prospect of a big buyout offer from a notorious titan of the cosmetics industry Claire Luna proves too tempting to pass up, putting Mel and Mia’s lifelong friendship in jeopardy. The beauty business is about to get ugly.

Two young British soldiers during the First World War are given an impossible mission: deliver a message deep in enemy territory that will stop 1,600 men, and one of the soldier's brothers, from walking straight into a deadly trap. With miles of enemy territory to cross and not much time, their mission seems all but impossible. The story is loosely based on a story the director's grandfather, Alfred Mendes, told him as a child.

Based on the bestselling book, Just Mercy presents the unforgettable story of Bryan Stevenson (Michael B. Jordan) and the case of Walter McMillian (Academy Award winner Jamie Foxx), who was convicted and sentenced to death for a crime he did not commit.

A powerful and thought-provoking true story, that follows the young lawyer and his history-making battle for justice.

After graduating from Harvard, Bryan had his pick of lucrative jobs. Instead, he heads to Alabama to defend those wrongly condemned or who were not afforded proper representation, with the support of local advocate Eva Ansley. One of his first, and most incendiary, cases is that of Walter McMillian, who, in 1987, was sentenced to die for the notorious murder of an 18-year-old girl, despite a preponderance of evidence proving his innocence and the fact that the only testimony against him came from a criminal with a motive to lie. In the years that follow, Bryan becomes embroiled in a labyrinth of legal and political maneuverings and overt and unabashed racism as he fights for Walter, and others like him, with the odds-and the system-stacked against them.

DONT FORGET TO WATCH FILM FLICKERS WITH US