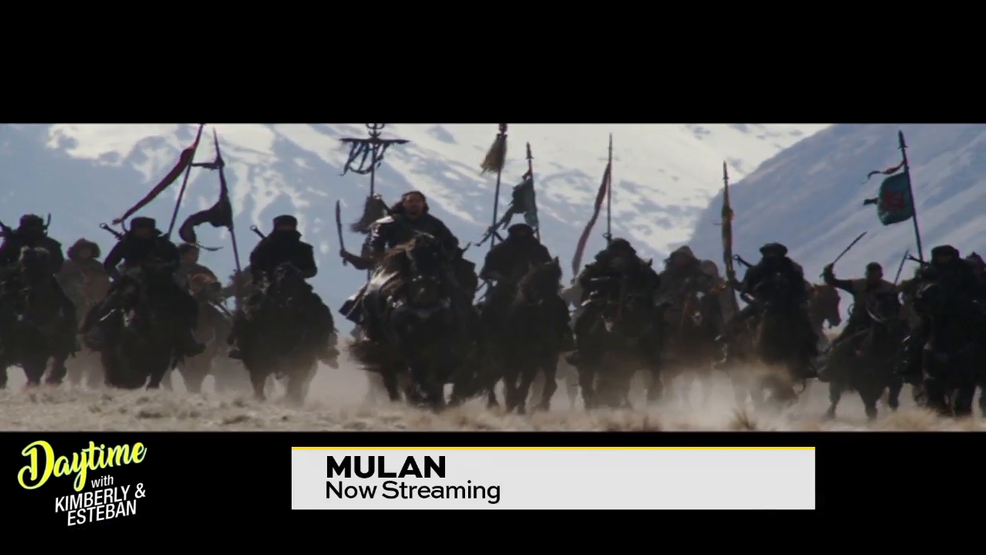 After a long and busy week, the best thing to do is curl up on the couch for a night of movie watching! Kimberly & Esteban have a few flicks for you to binge this weekend!

Acclaimed filmmaker niki caro brings the epic tale of china's legendary warrior to life in disney's mulan, in which a fearless young woman risks everything out of love for her family and her country to become one of the greatest warriors china has ever known

"The War With Grandpa"

Forced to give up his room to his grandfather, a scheming boy devises a series of outrageous pranks in an attempt to make him move out, but the grandfather fights back with pranks of his own and assistance from friends