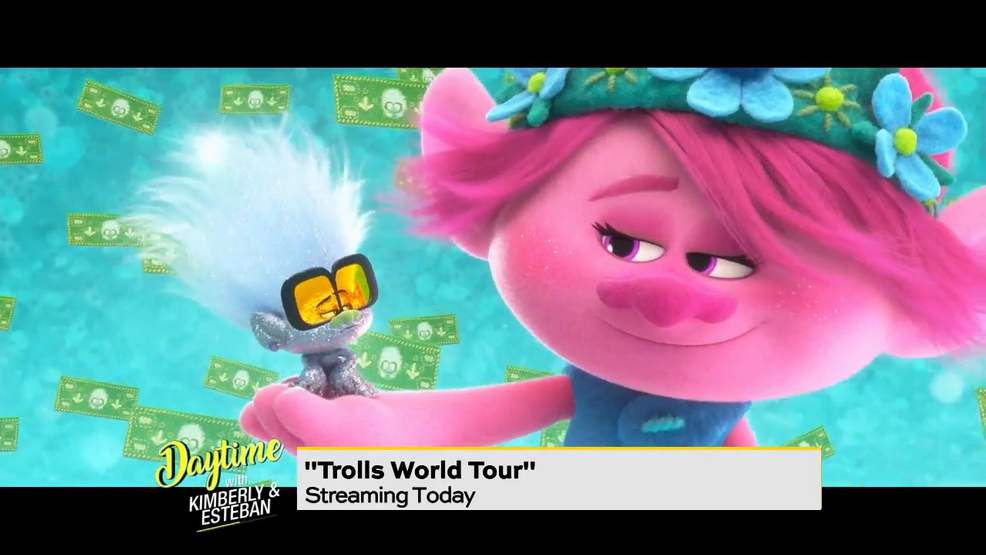 Happy Friday! Curl up this weekend with a new movie! Kimberly & Esteban have your must-see films in this week's Film Flickers!

When Tim Morris meets his dream girl and their relationship quickly escalates through texts, he throws caution to the wind and invites her to his company’s corporate retreat on an island resort However, when a past blind date from hell shows up at the airport for the weekend getaway instead, he learns too late that he’s been texting “The Wrong Missy”.

Anna Kendrick and Justin Timberlake return in an all-star sequel to DreamWorks Animation’s 2016 musical hit: Trolls World Tour. In an adventure that will take them well beyond what they’ve known before, Poppy (Kendrick) and Branch (Timberlake) discover that they are but one of six different Troll tribes scattered over six different lands and devoted to six different kinds of music: Funk, Country, Techno, Classical, Pop and Rock. Their world is about to get a lot bigger and a whole lot louder.

A member of hard-rock royalty, Queen Barb (Rachel Bloom), aided by her father King Thrash (Ozzy Osbourne), wants to destroy all other kinds of music to let rock reign supreme. With the fate of the world at stake, Poppy and Branch, along with their friends — Biggie (James Corden), Chenille (Caroline Hjelt), Satin (Aino Jawo), Cooper (Ron Funches) and Guy Diamond (Kunal Nayyar) — set out to visit all the other lands to unify the Trolls in harmony against Barb, who’s looking to upstage them all.

From bestselling author Håkan Nesser and the director of The Girl Who Played with Fire comes this intense thriller about good friends and evil deeds. With the death of her husband, Agnes (Carla Juri, Blade Runner 2049) is desperate for money. Then she runs into her old friend Henny (Gemma Chan, Captain Marvel), who is enraged at her unfaithful spouse, Peter (Jamie Sives, "Chernobyl"). Henny makes Agnes a shocking offer—enough cash to live a better life, if she will murder Peter—leading to an explosive, unforgettable climax.