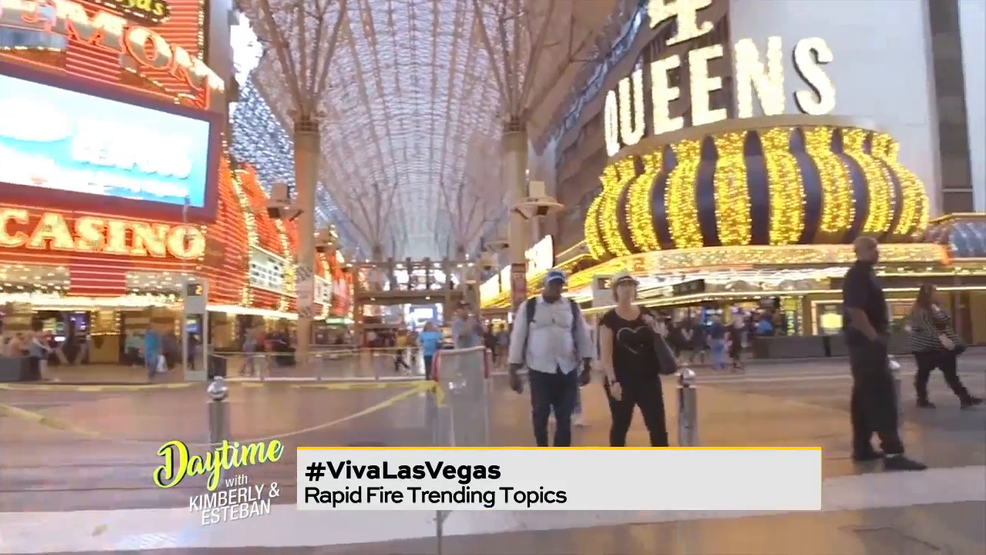 X is back with another Rapid Fire trending topics for Kimberly & Esteban!

In what would only be talked about in a movie like Pirates of the caribbean a news report comes out of the rocky mountains of forrest fenn. A man that didnt want to be named found a buried treasure worth over 1 million dollars. At least 4 people have died in search of this treasure chest filled with gold and jewelry. Its been searched for for over 10 years. Would you ever hunt for treasure?

Trending on facebook....One of the guys who actually wrote and performed the songs in JOE EXOTIC's lip-synced music videos has released a new song. It's called "Killer Carole" and it'll be on the "Tiger King" album that's coming out soon. Is it overkill? No pun intended.... are you all tigered out?

This one was all over the twittersphere... Vegas is officially back to business. With new plexiglass partitions adorning the tables and social distancing rules in effect for most restaurants.While most of us have attempted to inject a little sunlight in our lives for some normalcy .....would you be willing to roll the dice for a trip to sin city??