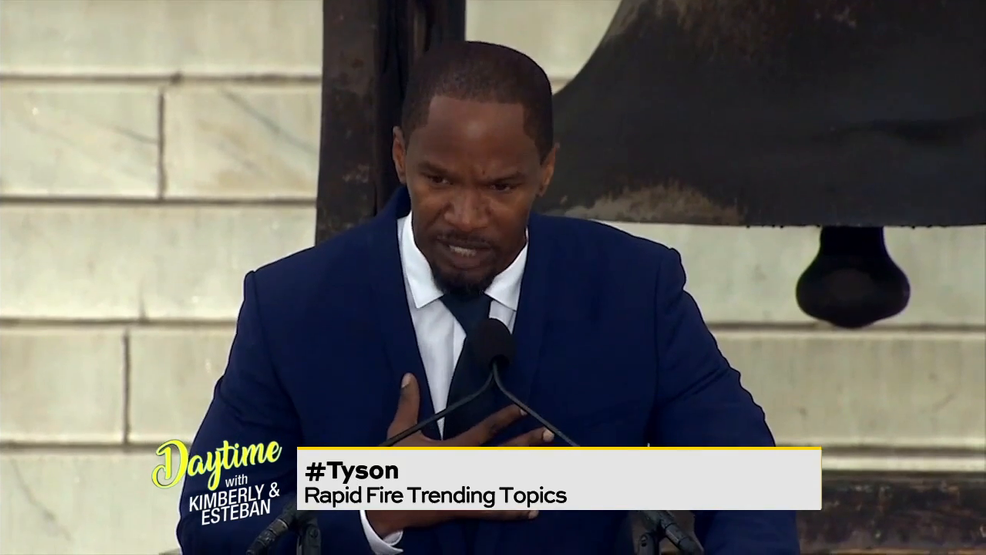 X is back with some Rapid Fire trending topics for Kimberly & Esteban!

Now that most people are Shelter in Place.. some of the most Random conversations are started on twitter and Facebook. The classic movie starring Patrick Swayze and Jennifer Grey was caught By an algorithm as a huge conversation On social. With some saying they had never seen the film and even one tweet saying “ at 45 this is the first time I’ve ever seen this movie... I missed out all these years ??” that got me thinking ... what’s one movie that was considered a huge classic by everyone else that you’ve never seen?

It started as canceled weddings being mourned by countless brides and grooms... but then turned into something else on Twitter and Instagram . With people posting pics of Plane Isle ways ... some posting pics of Sports stadium Isle ways. Close your eyes.. your no longer in lockdown. What isle are you waiting with baited breath to walk down?

Looks like Jaime Foxx is slated to play Mike Tyson in a planned bio pic based on his life. Jaime is known for some really great impressions. He proved that a couple of nights ago during a viral video on Instagram. However I’m having a hard time buying him in a serious role playing one of the most feared men in sports. Thoughts?