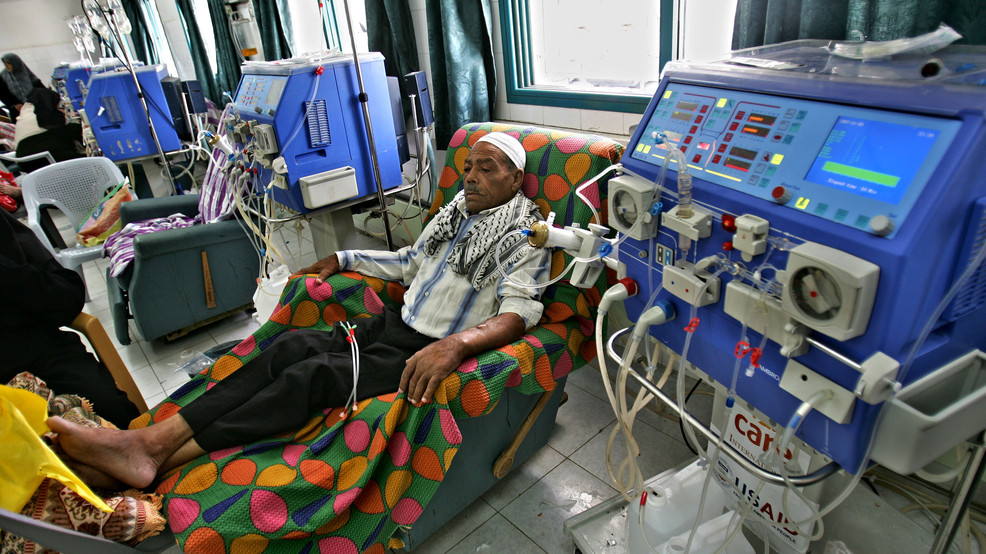 A Palestinian patient has kidney dialysis in the kidney department at the Al-Shifa hospital November 21, 2007 in Gaza, the Gaza Strip. (Photo by Abid Katib / Getty Images)
SEE MORE

We met up with the Tiffany Jones Smith with the Texas Kidney Foundation to find out why today is so important, and an easy way you can take care of your kidneys right now.

World Kidney Day is a global campaign to raise awareness of the importance of our kidneys to overall health and to reduce the frequency and impact of kidney disease and associated health problems worldwide.

Blacks or African Americans are 13 percent of the U.S. population, but represent 35 percent of those with kidney failure. Hispanics or Latinos are 1.3 times as likely as non-Hispanics/Latinos to develop kidney failure. Diabetes is a leading cause of kidney disease as well as high blood pressure. Both are more prevalent in these at-risk communities, according to the National Kidney Foundation.

According to the foundation, 1 in 7 people suffer from chronic kidney diseases, 9 out of 10 people don’t even know they have it because there are no symptoms. Hence the term “Silent But Deadly.”

The campaign, which launched in San Antonio, will expand throughout the state and will also introduce a new at-home kidney screening device.

The kits will be made available for free to the first 10,000 online requests HERE.