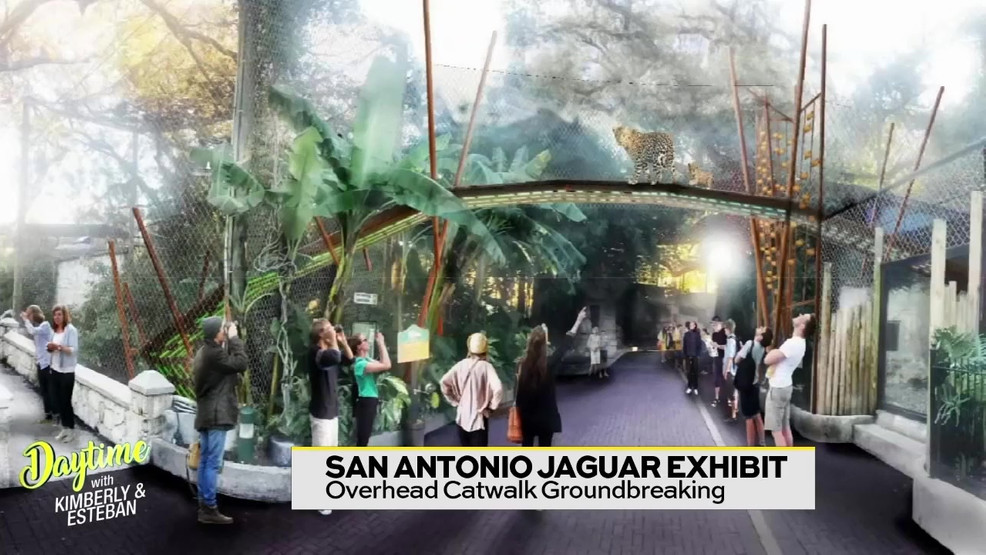 Here's a date idea, a trip to the San Antonio Zoo! The zoo broke ground Monday on a brand new jaguar habitat with an overhead cat walk. The sky walk will be the first of its kind in the United States, giving guests a new aerial perspective of the big cats.

This gives the big cats multiple terrains that closely match their native surroundings.

“We are incredibly excited to bring this one-of-a-kind habitat to San Antonio,” said President & CEO San Antonio Zoo, Tim Morrow. “In the wild, jaguars are natural climbers as they explore tree canopies and are skilled hunters on river edges. This new habitat provides jaguars opportunities to be overhead in the treetops as well as near the river inside the Amazonian Aviary.”

In recent years, San Antonio Zoo has seen unprecedented growth and expansion. Although fundraising for the Jaguar Catwalk began in 2016, the zoo was forced to shift focus on other projects, including welcoming southern white rhinos to the zoo into an expanded Savanna habitat which opened in March of 2019. The jaguar catwalk project was further delayed by rising construction costs and challenges from a global pandemic, leading to an increasing need for further fundraising. The zoo is proud to bring this unique project to San Antonio, which will provide for the jaguars both mentally and physically.

Since jaguars are solitary animals, guests to San Antonio Zoo often see one of the zoo’s animals out in the current habitat at a time. The newly expanded habitat will provide the zoo’s staff enough space to have two jaguars out at one time. The new habitat will afford the animals multiple terrain options that closely match their native surroundings, include a high, perched perspective or lower, closer to the water vantage point, multiple waterfalls, and increased vegetation.

“As we have been doing across the zoo with upgraded habitats, we are going to provide larger, more naturalistic, and more enriching spaces for our jaguars that closely match their surroundings in the wild,” said Morrow. “The jaguars will now have the ability to choose in which habitat they want to be in and move between multiple spaces.”

Jaguars live in tropical rainforests, savannas, grasslands of Central America, the Amazon Basin, and the Pantanal, the largest wetland in the Western Hemisphere. There are approximately 15,000 Jaguars in the wild, and they have a Near Threatened conservation status. They are jeopardized primarily from poaching, negative interactions with human development, and habitat loss.

San Antonio Zoo has been dedicated to jaguar conservation for many years as a part of the Wildcats of Tamaulipas project, which began in 2012 in Tamaulipas, Mexico. Through support from the zoo, biologists and field technicians from Conservación y Desarrollo de Espacios Naturales have documented ocelots, puma, bobcats, jaguarundi, and jaguar presence in the southeastern area of the state. Data collected will support the proposed protection of natural areas and corridors for these threatened cats’ long-term survival.